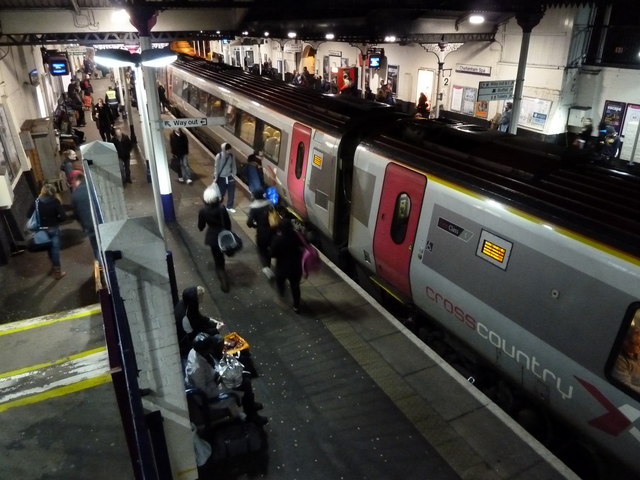 While seemingly everyone has been busily debating the amount of discount that the long-hyped (but yet to appear) new flexible carnet fares might provide, something much more radical is about to happen in the Bristol area from 16 May.

Great Western Railway (GWR)’s direct franchise award with the Department for Transport (DfT) from 29 March last year commits it to introduce a Pay-as-you-go (PAYG) scheme for the Bristol “travel to work” area, i.e. bounded by Ashchurch for Tewkesbury, Patchway, Severn Beach, Weston-super-Mare, Bath Spa and Chippenham by January 2022, and also then to make plans for a Devon & Cornwall PAYG scheme.

I was previously a bit skeptical about the practicalities of this as, based on the experience with previous PAYG schemes, there has not been much effort to reform or simplify the “traditional” fares; generally a further layer has just been added on top, introducing further complexity, e.g. as with the extension of the London Contactless Fares Scheme to the Thames Valley at the start of last year.

Some of the problems with fares between Reading and intermediate stations to the London area involve:

This is all very confusing for passengers and does nothing to promote the idea that PAYG can be trusted to always charge you the cheapest fare since as shown above, this is simply not true. While there has been a good effort made to keep the prices of PAYG at roughly the same level as traditional fares, these edge cases make it really hard to work out whether to travel with a conventional fare or PAYG, and you need to know in advance what time you’ll be returning.

Fares in the Bristol Area

This is where I’m really impressed with the groundwork that is being put in place for the Bristol scheme, which will presumably be launching later in the year. Perhaps GWR have learned some lessons from the problems caused with the extension of the London scheme to Reading, since from 16 May they are re-structuring all the fares in the Bristol area to make them compatible with PAYG.

Here is an example. The image shows the current fares from Montpelier in Bristol to Cheltenham Spa.

There is quite a complicated selection of fares here that offers a range of pricing options to entice passengers with different travel needs:

With a PAYG system, the key selling point is that the passenger doesn’t need to decide in advance when they’re coming back – they simply touch in and out with their card when they do travel, and the system charges them the best value fare for the journey they’ve made.

The general principle behind this, as established with the contactless system in London and presumably elsewhere as well, is that there is a 2-stage settlement process: daily and weekly. At the end of each day, the system collates all the taps in and out that day and charges the appropriate price for this day. As this is done off-line as a batch process, it can afford to be computationally intensive and do a fairly exhaustive search of the fare options in order to find the best price (or very close to it).

Then once the passenger reaches a defined weekly “cap” for the services they have been using within a defined period (e.g. Monday to Sunday), they will not be charged any more that week for further travel within the same area. The general principle is that the weekly cap is based on the weekly season price.

The key problem with integrating fares such as those from Montpelier to Cheltenham into a PAYG system is the aforementioned discount offered by the period return SOR and SVR fares, compared to buying a single in each direction. This spans the daily settlement period, and indeed the weekly period too since the period fares are valid for up to a month. This would make the algorithm used in the PAYG “back end” unfeasibly complicated since it would need to take into account journeys made up to a month in the past and use some sort of system of retrospective credits to reduce the amount owed if it turned it it would have been cheaper for the passenger to buy a period return 3 weeks ago, and so on.

The obvious solution is to remove the discount that is currently given for making a return journey across multiple days, and GWR have actually managed to implement this in a very clean and fair manner. Here are the new fares from Montpelier to Cheltenham which take effect on 16 May:

The number of fares has been reduced from 7 to 5, with some clever adjustments such that the simplified structure still manages to incorporate most of the available pricing options.

The key principle is that the period SOR and SVR fares have been removed, and the single SDS and CDS fares reduced so that they are equal to half of the former SOR and SVR fares. This means that there is no longer any discount for paying in advance for both “halves” of a period return journey; the price will now always be simply the sum of the two singles. Whereas for a day return, the price remains exactly as before.

This is a simple but very clever change as it future-proofs the existing fares model and makes it suitable for using as the basis for a PAYG scheme with daily and weekly settlement. By re-structuring the fares in this way GWR have tackled the difficulties head-on and avoided the need to layer a new stucture on top, as was done in London. They will surely have had support from DfT and others to go ahead with this, not least because the SVR fares are regulated and would traditionally have been required to be always offered for sale.

The big winners from this change are people who are only going one way. The price they pay is being reduced by 3.1% (Anytime) and an enticing 27% (Off-Peak). As mentioned above, I felt that the CDS price was already a little too cheap, so it looks like this is introducing a further distortion: one-way travellers could now be paying significantly less than they might be willing to.

But most journeys are returns, so maybe the revenue loss here is a price worth paying for the overall simplification of the model, which could well drive revenue growth in the future once fully implemented.

A minor anomaly is being introduced as currently there are slightly different time restrictions on the day (travel 08:30 or later) and period (08:10 or later) Off-Peak fares. Passengers traveling on the following itinerary:

But that is also a niche case.

For everyone else the price is exactly the same. I feel this is really important as it allows GWR to sell a good news story that there are (almost) no losers from this scheme, and plenty of winners. There will be no compulsion to use the PAYG scheme, which should help get techno-skeptics on board since they won’t need to use PAYG to get the best price (as is often the case in London); traditional paper tickets will be the same price.

I feel there are still some issues that will need to be sorted before the scheme can be a success though.

In fact, the “Bristol travel to work area” for the scheme has been cleverly defined. The boundaries at places like Ashchurch and Chippenham represent natural price boundaries that have existed for decades – yes there will still be anomalies when crossing those boundaries, but there always have been, so nothing has been lost.

Also, these changes are very fair. GWR could have used the opportunity to bring in back door fare increases, e.g. by tightening time restrictions, but instead they’ve attempted to maximise fairness and simplicity which surely can only help in promoting take-up of the scheme and easing the development complexity of the systems which will do the automatic calculations.

This is the way to do fares reform – keep it simple and incremental, but make the changes internally consistent, and have a gentle launch.

I think it’s a great start.

Technical Lead at BR Fares. Interested in railway fares, timetable and service issues for over a decade. View all posts by Paul Kelly